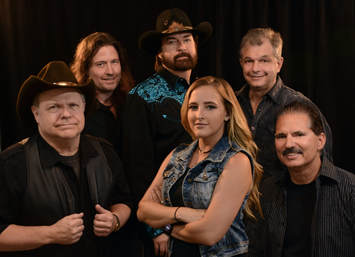 Faith and Rye's next album is in progress (2021 - 2022), with songs being released every 30 to 60 days exclusively to their Patreon following in the form of lyric and music videos, followed by public release several months later.  The album's material will be packaged in full, once they complete 10-11 songs. The duo is recording, mixing and producing their own projects now, with the consultation of Dave Williams (Vault Studio, Houston), who masters the final product, and also mixed their recent single, "Burn that Bridge."  The songs feature F&R's longtime drummer and percussionist, Chad Ireland, as well as Brandon Arthur (son of the late Robert Arthur) on pedal steel.  Robert Arthur played steel on one of Ryan's previous albums, bringing special meaning to Brandon's contributions. Dylan Levan played keyboard on some of the tracks, and the band hopes to enlist award winning Kerry Moore on pedal steel for a few of the upcoming productions.

The duo’s debut album (A Prayer and a Shot of Whiskey) dropped on October 8, 2017 and is available on iTunes and other major distribution sites.  The band invites you to buy direct from them at https://faithandrye.bandcamp.com/, which is their preferred way of getting the music to you. The band staged a successful launch concert at the Texas Musicians Museum on October 8th, 2017.  They showcased their 7-piece band for the first time, beginning the next phase of promotion and live events.  On the heels of the concert, the duo headed to the east coast for house concerts in a number of venues, including Woodbridge, VA, the Eastern Shore of Maryland, and Ruther Glen, VA, while their Facebook following steadily climbed to over 85,000 followers world-wide.  As their popularity grows, they focus on private house concerts, corporate and personal event shows, but continue to play small local venues in North Texas to hone new material and connect with local supporters. They strive to grow their international audience, and work toward opening and headlining at larger venues. See the Events tab for more information.

Their first album results from their collaboration of Co-Producers David Williams and Ron Logan, and the work with a team of live and session musicians including Chad Ireland on drums, Eric Sykes on bass, Linda Relph on fiddle, Bob Gwaltney on pedal steel guitar, Jimmy Clark on keyboards, Dylan Levan on keyboards, and Gary Leeah on fretless bass. All of the material was written by Faith Vicknair and Ryan Michael Galloway, and also included Michael Vicknair who joined to pen one of the songs.
© 2022 InterDimension Strategies Inc./Music Division
PO Box 261857
Plano, Texas 75026
(972) 841-0226
Proudly powered by Weebly